Discover the exclusive advantages of a MadMax cruise

Catamarans for cruises to the Aeolian Islands.

The sail boat holiday to the Eolie islands starts at Capo d’Orlando towards these lands of fire and sea: a perfect holiday for those who love adventure together with the discovery of the least contaminated archipelago of the entire Mediterranean, UNESCO world heritage site.

Knotted and reddish lava formations embellish much of this coastline, chiseling out the islands often making them rise from the sea bed. A unique scenario which has hypnotized travelers throughout time.

Holidaying at the Eolie islands truly has everyone’s consensus: Tourists who love the ecology will find a area in which to regain their faith in the world, couples will be able submerge themselves in to a romantic and unforgettable holiday, and not least, families with children who, far away from the city, will finally be able to enjoy an uncontaminated nature among these pearls of the Mediterranean.

ASK FOR INFORMATION ABOUT THIS CRUISE

Itineraries for cruises to the Aeolian Islands 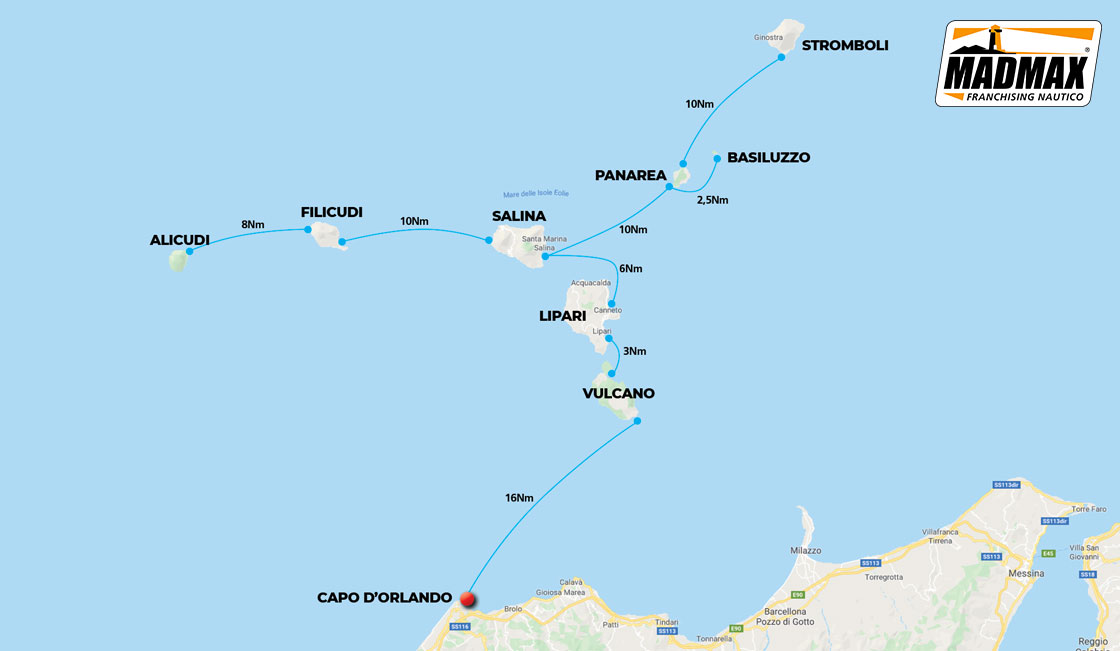 It is still possible to be surprised by the simplest things on the island of Alcudi and to rediscover its  bare essentials. You can admire the cultivated terraces, the colourful fishing boats of fishermen who never fail to deliver the freshest fish. Alicudi is like a fascinating and sensual woman damned by her own raw and rugged beauty. A wild and rugged island whose beauty was created by the ancient and violent explosions of the volcanic eruptions.

Filicudi is the perfect location for lovers of culture and natural beauty. The uncontaminated flora and fauna and beautiful beaches of Capo Graziano are an ideal setting for a sensational holiday, from the views to the fragrances, not least, for your taste buds which will be delighted by the typical and very local Filicudi style Mediterranean dishes.

The largest island on the Eolian archipelago, it has a large percentage of services and businesses, for this reason it is considered most suitable for ‘citizens’. Lipari is not only appreciated as a tourist destination because of the fascinating landscape, it is also considered a pearl of culture and art: Lipari is the epicenter of the history of the Eolian islands.

The small island of Basiluzzo emerges from the sea just a short two miles from Panarea. It is one of the youngest craters in the underwater volcanic formation, and is completely uninhabited.

From 1991 Basiluzzo has been a natural reserve which, if visited in absolute silence allows you to immerse yourself in a unique atmosphere in which volcanic rock formations join with rosemary plants, dwarf palms, capers and lemons.

Circumnavigating this island on board our catamaran, you will experience unique emotions accompanied by unforgettable swims close to shore.

Salina is the ‘garden’ of the Eolie islands, far from bright city lights, it escapes the rhythms of modern day life, a very welcoming green oasis which enchants you with its luxurious nature and for the closely guarded traditions of its islanders.

This is the black pearl which has always attracted lovers of uncontaminated nature and complete relax. “Iddu”, an incredible volcano overlooking the sea, boiling and bubbling in spectacular fashion building to the height of its show during the dark hours of the night with bright lava explosions thrown high into a star studded sky.

The small island of Panarea is the ideal location to fully enjoy the beauty of the coastline which presents itself rich with inlets and enticing views. The beaches are all located on the eastern and southern sides of the island, the remainder of the islands coastline is so steep it is almost completely inaccessible. The other beaches can be found close by on the islands of Basiluzzo and Lisca Bianca easily reachable with our catamaran.

A perfect picture of sea and sky, the colours of which combine perfectly with those of the other six islands, also visible is the mighty volcano of Stromboli which seems to send smoke signals to its visitors who admire it from the opposite hilltop. The natural heat,  due to the presence of the  sulfuric waters and the god Apollo who kisses and commands the beloved south, makes Vulcano famous for its thermal baths and beaches of black sand.

ASK FOR INFORMATION ABOUT YOUR CATAMARAN HOLIDAY TO THE EOLIAN ISLANDS

I must congratulate the crew for the careful cleaning of the rooms and the service worthy of a luxury hotel. Things not normally so obvious when it comes to sailing holidays. Nothing to complain even in the choice of the itinerary, but in this case the skipper is helped by nature.

A serious and competent renting company. A very good experience for our very first time in Italy. Thank you MadMax!

We have experienced an awesome week on MadMax Catamaran. Croatian sea is fabulous and the Skipper was expert and helpful. We will do it again, that’s for sure!

The most beautiful Mediterranean Sea

Thank you Madmax for having us and let us sail in this warm and colorful sea. This Holiday was successful! Soon we will return to Italy to meet you again.

See you again next year

We choose this Company for next year again cause we really enjoy our stay. The Skipper was so kind and funny. He took us visiting wonderful places that we saw only in movies!

IT HAS BEEN A VERY NICE HOLIDAY!

The catamaran was clean and the skipper on board very kind and professional. We have seen two bays a day, always slept in a shelter bay chosen from the skipper. Even in strong wind the skipper always found very good shelters.

Unfortunately, we were unable to go on the holiday. However, throughout the chartering process, I had consistent contact with the staff at MadMax. They insured that our needs were taken care and had fantastic itinerary suggestions. Due to the UK and Italian quarantines, they promptly offered a refund or voucher on our trip with no holes to jump through. This was very reassuring during the ongoing pandemic and should we rebook this or next year, it will certainly be with MadMax.

No worries for Covid, the catamaran is always sanitized with Ozone. Very nice and spacious inside and outside, even with all-inclusive bar. The best way for visiting Mediterranean Sea and its beautiful lands.

This site uses first-party (own) technical cookies necessary for its proper functioning; only with the consent of the User may also use analysis and / or profiling cookies or other tracking tools in order to send advertising messages, or to modulate the provision of the service in a personalized way. Closing the banner by clicking on the button I ACCEPT ESSENTIAL COOKIES ONLY involves the continuation of navigation only with technical cookies.
I ACCEPT ESSENTIAL COOKIES ONLY
Cookies Preferences
Cookie Box Settings
Cookie Box Settings

Decide which cookies you want to allow. You can change these settings at any time. However, this can result in some functions no longer being available. For information on deleting the cookies, please consult your browser’s help function.

With the slider, you can enable or disable different types of cookies: